Here are some of the Korean restaurant menus that are translated “seriously wrong” that will crack you up!

If you think there’s a real bear meat in this soup, then you’re absolutely wrong! The soup, “Gom-tang”,  is one of the most mistranslated names that creates a chaos among foreigners.

It is a Korean soup that is made with various beef parts such as ribs and bones. The name is supposed to be translated as ‘Beef Bone Soup’ not ‘Bear Soup’. While ‘Tang’ means soup in Korea, the very confusion comes from the word ‘Gom’ in its name, which literally means ‘bear’ in Korean. However! Gom refers to boiling a soup for a long time.

Okay, this one’s a total nonsense. A Korean local dish called “Yukhoe” is mistranslated into ‘Six Times’ when it really should have been ‘Beef Tartare’. How crazy is that?!

Well, because ‘yuk’ and ‘hoe’ are homonyms and they have two meanings at the same time, the automatic translator just literally gave Yukhoe a weird English name, ‘Six Times’.

You better read this before you go to “Gamjatang” restaurants in Korea because it’s another Korean menu that is often misunderstood!

The word “Gamja (potato)” from “Gamja-tang” often confuses foreigners because it makes you think of a yellow-colored potato soup when it is actaully a red-colored pork back-bone stew with potatoes.

This one is hilarious and for this part, no other description is needed. “Dak-ttongjip”, which is a stir-fried chicken gizzard, is mistranslated as ‘Chicken Asshole House’. 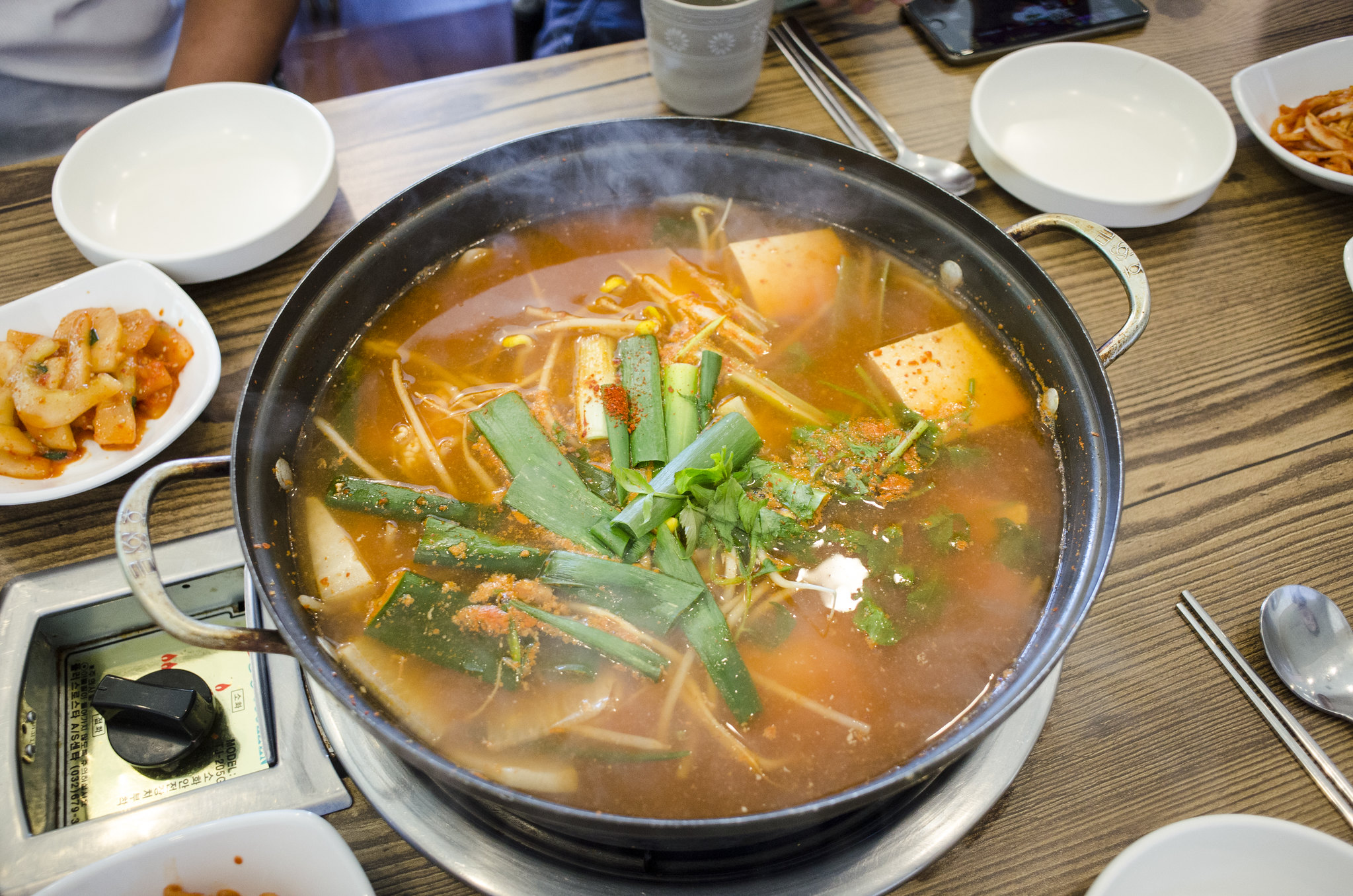 A “Dynamic stew”?! Somebody’s got to fix those automated translators seriously. “Dongtae-jjigae (Pollack Stew)” is ridiculously translated as a Dynamic Stew because the word “Dongtae” has two meanings, ‘dynamic’ and ‘pollack’. Guess the translator took only ‘dynamic’ into consideration during the process.

Visit Korea’s #1 Travel Shop, Trazy.com, if you want to find out the latest, trendiest and newest things to do in South Korea.