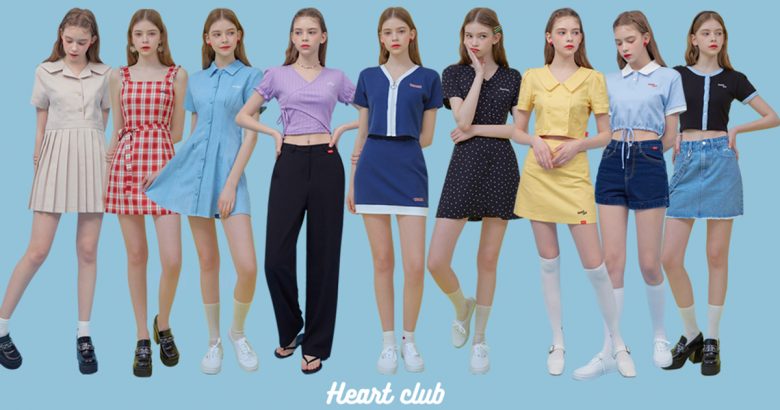 K-fashion is somethings that cannot be separated from K-pop or K-drama since many fans are always curious about what their favorite artists are wearing. However, most of the time they are way too expensive to get which can be pretty disappointing. So here’s the ultimate list of 11 affordable K-fashion brands that are loved by K-pop idols!

Don’t forget to check out Trazy Proxy Shopping if you want these items to get delivered from Korea!

MIXXMIX is a Korean brand that is popular among young girls not only for its girlish and cute designs and colors but also for reasonable prices.

IU, the famous singer and actress, wore MIXXMIX at her concert, which perfectly goes well with her style.

FILA is a Korean sports brand, originally founded in Italy. It gained more popularity since BTS has been their official model.

Jungkook especially loves to wear FILA in his daily life because he enjoys wearing comfy and sporty outfits.

FILA’s women clothes are also often worn by many female Korean celebrities. Kim Yoo Jung, a Korean actress, posted a picture of her wearing a purple FILA T-shirt on her Instagram.

Lucky Chouette is one of the K-fashion brands that is frequently featured by Korean celebrities. It has its own unique, lovely, and funky look!

Jennie from Blackpink, one of the most trending fashion icons in Korea, recently wore 20SS JDC Pour Lucky Chouette in the mobile phone commercial. This commercial became sensational because of her trendy look.

Lucky Chouette was also often featured in many famous K-dramas. For example, Son Ye Jin wore Unbalance Pleated Double Coat in the drama ‘Something in the Rain’  and completed her feminine look.

IRENEISGOOD Label is a brand inspired by Irene Kim, the famous Korean model. This brand has a mission “to empower people to stay true to oneself and embrace one’s individuality”.

J-hope wore this hoodie again with #GOODFORYOU Neon Heart Beanie at the airport, proving that he is surely the most fashionable member in BTS!

Did you know that Cha Eun Woo, a Korean actor and a member of Astro, also wore IRENEISGOOD Label’s hoodie? It’s a customized hoodie with navy drawstrings.

Seulgi from Red Velvet was spotted holding #GOODFORYOU Teddy Tote Bag at the airport, making her look even cuter!

EYEYE is a fashion brand designed by a famous Korean designer, Kathleen Hanhee Kye. She focuses on making young and cheerful clothes at reasonable price ranges.

Yuqi from (G)I-dle is often spotted wearing EYEYE. She wore red-colored Asymmetric Hem Check One Piece at the airport.

RECTO is a fashion brand with a minimal and simple look that makes women look chic.

Seulgi from Red Velvet posted pictures of her wearing RECTO’s blue jacket that makes her look more chic and stylish.

SAMO ONDOH means “the same temperature” and it is a K-fashion brand that makes bags. Because of their unique design, they are loved by many Korean celebrities.

Seulgi from Red Velvet showed her SAMO ONDOH’s bag by posting pictures of her with a bun bag.

Hyuna was also spotted carrying SAMO ONDOH’s bag at the airport with her boyfriend, Dawn.

Kang Min Kyung, a member of Davichi, is well known for her fashionable style, and she also owns SAMO ONDOH’s bun bag in mint color.

Jung Ryeo Won, a Korean actress, carries SAMO ONDOH’s bag as well, so-called gnocchi bag, and she made this bag more famous. This bag is even called as Ryeo Won’s bag.

Style Nanda is already a famous K-fashion brand worldwide, and they have expanded their business to K-beauty by launching 3CE.

Do you remember this Blackpink Jennie‘s Instagram post? She posted a quarantine fashion show with Gentle Monster’s sunglasses. The leggings she is wearing are Style Nanda’s Wide Cut Fit Half Leggings.

Oi Studio was established in 2011 by the designer Yeseul Jung and O!Oi is their first collection for women’s kitsch, lovely, and witty look. The second line of O!Oi is 5252 by O!Oi, a uni-sex line for a more casual, basic, and sporty look.

If you are looking for a feminine, elegant, and classic look, avouavou is the K-fashion brand that has what you want! This brand appears frequently in many K-dramas.

Did you know most of Jang Man Wol(starred by IU)‘s clothes in the drama ‘Hotel Del Luna’ was from avouavou? Avouavou’s dresses completed Jang Man Wol’s fashion perfectly!

LAUL stands for LAtest SeoUL and they make comfy and sporty pants. Many k-pop stars love to wear their clothing.

Excelsior is a Korean sneakers brand that has its own unique design of rubber-like textile on the bottom of sneakers. Not only celebrities but also many young people in Korea love to wear them. It currently collaborated with O!Oi and released cute and trendy sneakers!

Many K-pop idols were spotted wearing them, such as Jimin & Jin from BTS, D.O. from Exo, and Joy from Red Velvet.

SYSTEM is a Korean high fashion brand that is quite expensive. It gained more attention after BTS wore clothes from SYSTEM Homme for their Bang Bang Con the Live!

SYSTEM had a collaboration with BTS and launched ‘Blood, Sweat, Tears Collection’ inspired by BTS song. You can purchase SYSTEM’s items, including ‘Artwork Printing Shirt’ that V wore at Bang Bang Con the Live through Trazy Proxy Shopping!

Gentle Monster is a Korean sunglasses and glasses fashion brand that is loved by many fashion icons in Korea. Recently, it had a very special collaboration with Blackpink’s Jennie and launched ‘Jentle Home Collection’.

Have You Found Your Favorite K-fashion Brand?

If you want to order items from your favorite K-fashion brand, simply order through easy & reliable Trazy Proxy Shopping! International shipping is available.

Find out more latest, trendiest, newest things to get from Korea on Trazy.com, Korea’s #1 Proxy Shopper!