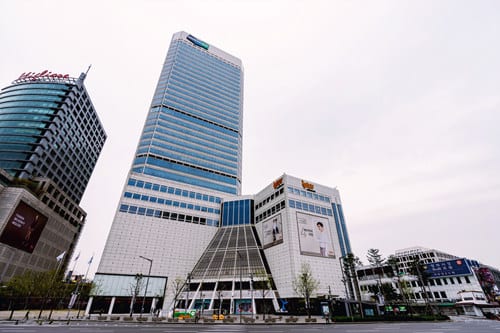 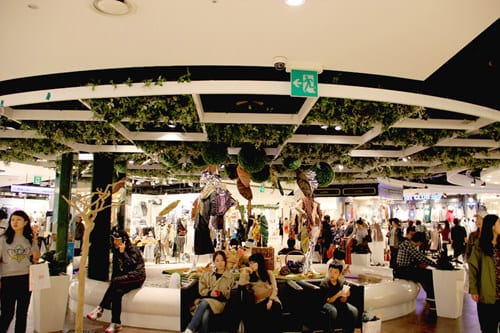 “Dongdaemun” in Korean means the east gate while “Namdaemun“ means the south gate. These two gates used to surround the walls of the city of Seoul in the past, and now they are home to two of the largest and most popular markets in Korea. 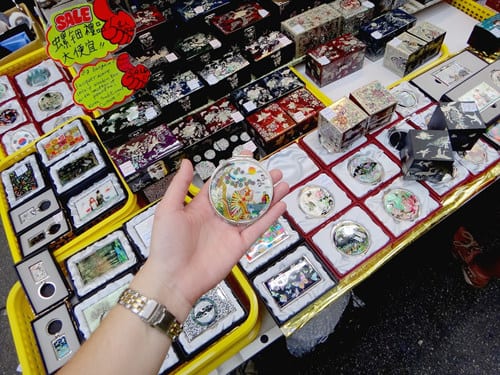 Obviously, travelers will take price into their consideration when shopping. In general, Dongdaemun Market has a huge array of shopping malls such as Doota or Migliore, which offer much cleaner and modern facilities and display, but also higher prices compared to street vendors.

While Namdaemun Market also has indoor malls, they are nearly nowhere as modern as the ones in Dongdaemun Market and they are usually for wholesalers- hence prices are generally lower. As for street vendors or underground markets in both markets, prices are generally comparable, so make sure you bargain well (prices are usually fixed in shopping malls such as Doota, so less likelihood of bargaining there).

In addition, Namdaemun Market is generally targeted a bit towards wholesale shoppers (there are of course consumer retail items), while Dongdaemun Market is targeted slightly more towards retail shopping. 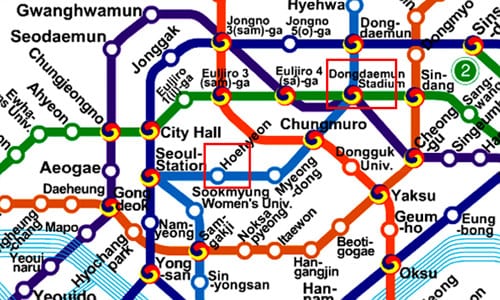 Namdaemun Market is very close to Myeongdong (about 10 minutes by foot), so if you’d like to immerse in a full day of shopping, make sure you visit both places together since they’re nearby.

Both markets are incredibly large in scale and so it’s not that easy to get around, especially if you don’t speak or read Korean (many of the signs are in Korean).

In general, Namdaemun Market is more “organized”. The streets and alleyways of the market are categorized and somewhat sorted so you can find what you want much faster, which makes it much easier for you to compare the price of the product that you would like to purchase. One thing to note, however, is that many of the shops at Namdaemun Market are not that interested in selling goods to tourists as they are more into bulk sales.

There are countless outdoor street vendors in both markets and they are more targeted toward the retail sale.

While Dongdaemun’s main market isn’t as organized or categorized, if you just stay within the shopping malls (Doota or Migliore), it will be much more convenient for you to shop.

Within the malls, everything is much more organized and you can probably find things that you want much more easily.

In the end, it probably comes to what kind of experience you want. Namdaemun has much more of the “traditional market” feel, so if it’s more of the experience (or photographic opportunities) you’re after, Namdaemun is the ideal place for you. But if your main aim is to shop for more affordable Korean clothes and cosmetics, you’re probably better off visiting the malls at Dongdaemun. 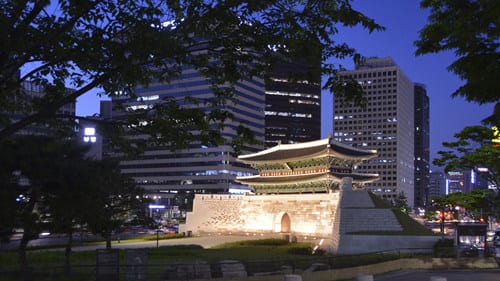 After looking around these two markets, stop by the attractions that are nearby. Near Namdaemun Market is “Sungnyemun Gate“, one of the three major gateways through the walls of Seoul in the past. It is designated as the first National Treasure of South Korea. For more information, click here. 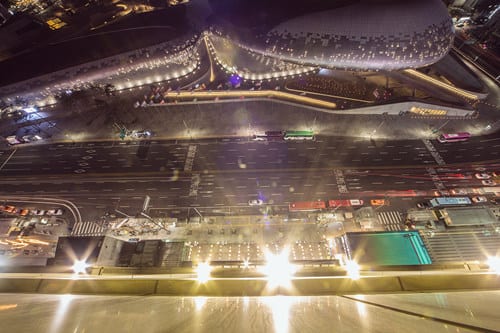 In the heart of Dongdaemun Market is Dongdaemun Design Plaza (DDP) is an iconic landmark of Seoul, which has been designed as a cultural hub for people of all ages.

Visit Korea’s #1 Travel Shop, Trazy.com, for the most up-to-date travel information and destinations in South Korea.

One thought on “Dongdaemun or Namdaemun: The Best Markets in Seoul”