Skip to content
Getting Around Korea Travel+Crazy: Jeju Island 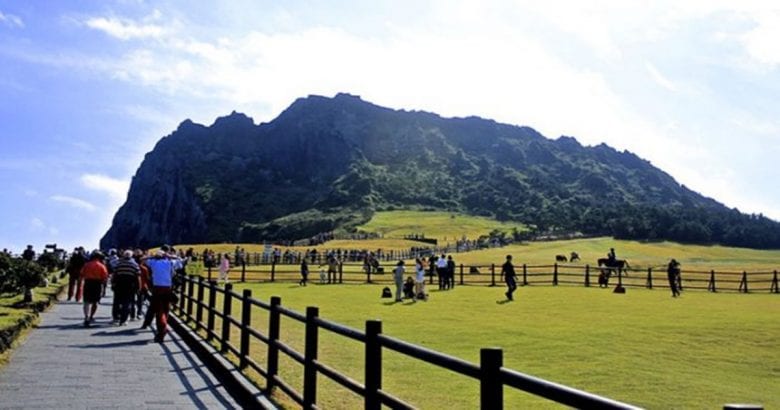 Jeju Island is a beautiful island, but it’s not easy to get around because there is no subway or train. If this is your first-time travel to Jeju Island in Korea, you will feel even more lost and struggle for sure.

For first-time visitors to Jeju Island, check this transportation guide for your trip!

How to get around Jeju island?

In Jeju Island, there are various types of transportation options- bus, taxi, car, motorcycle/scooters, and bikes– and each type offers its own unique travel experiences.

Since there are no trains or subway in Jeju Island, buses and taxis are the two main public transportation on the island. 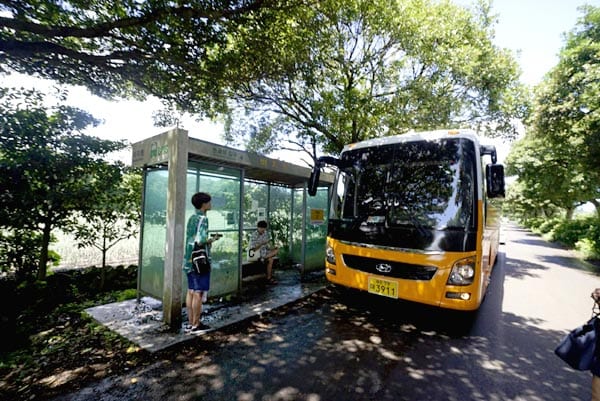 In Jeju Island, there are City Bus, Tourist Shuttle Bus, and Airport Limousine Bus and these buses cover almost all of Jeju Island.

Taking these are the cheapest way to get around the island. However, you do have to go through an inconvenience like long intervals that can be time-consuming.

All buses accept cash or Seoul’s T-money transit card, but we recommend using the T-money card for the fare because you can transfer twice within 60 mins, each within 30 mins, for free.

Intercity buses run between the intercity bus terminals of Jeju City and Seogwipo via several different routes. These buses make several stops, including major tourist attractions, but not at every stop like the intra-city bus does.

The base fare is 1,200 KRW and is surcharged by distance. The interval is around 15~30 mins. For travelers and tourists, taking the intercity bus is a better option. 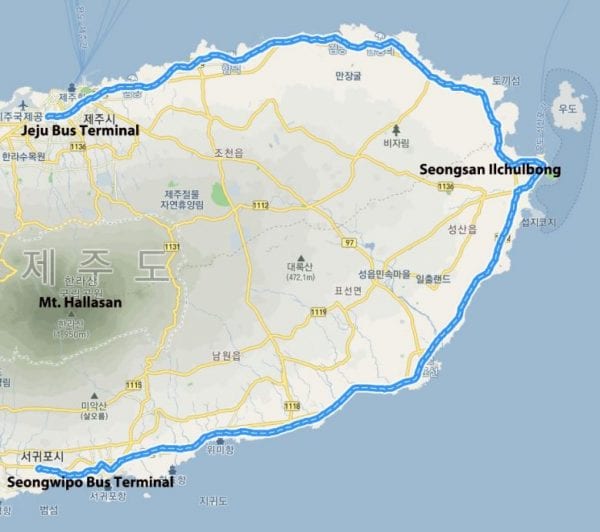 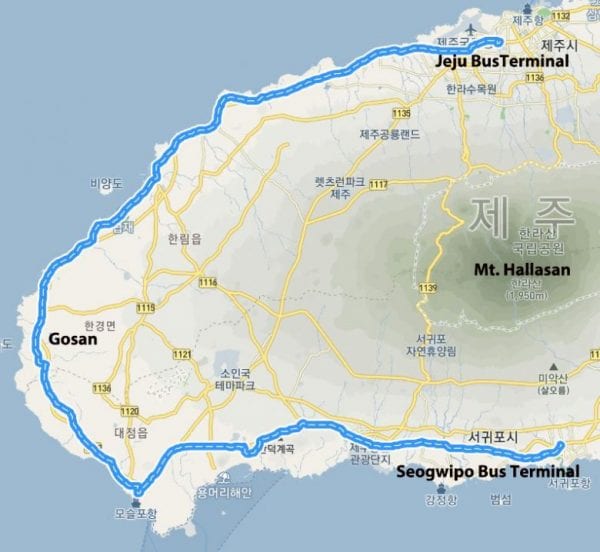 Check out the summary of the changes to Jeju Island’s new bus system highlighted below:

The No. 600 Airport Limousine circulates between the Jeju International Airport, Jungmun Complex, and Seogwipo every 18~20 minutes. The final stop is Seogwipo KAL Hotel. The whole route takes about 80 mins.

※You can purchases the ticket at the airport stands, Sinjeju ticket office, and the New Kyungnam Hotel ticket office.

In Jeju Island, there is a hop-on and hop-off city tour bus called Jeju City Tour Bus. Travelers can hop on and off at various stops, many of which are located near tourist attractions.

*The Jeju City Tour Bus does not operate on every 3rd Monday of every month. 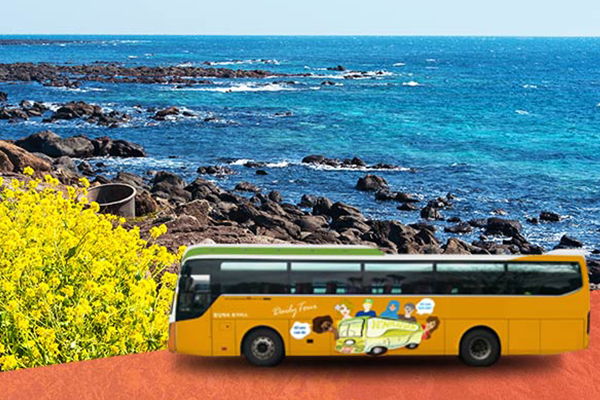 Another great option is to join Jeju 1 Day Bus Tour that runs on 3 different routes. You can easily visit some of the best attractions in Jeju Island by taking this tour with an English speaking tour guide. Also, entrance fees are mostly already included!

*The following tours are temporarily N/A. 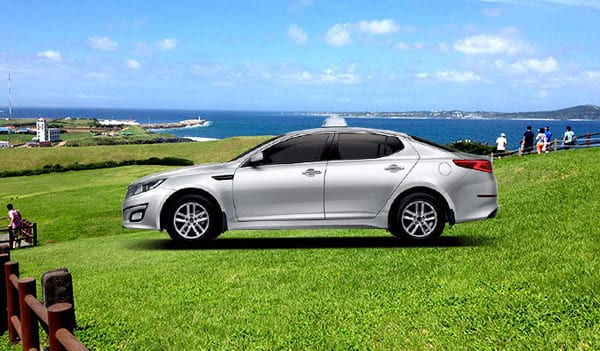 If the bus system in Jeju is too complicated and you don’t have an international driver’s license, taking a taxi can be a great option. The basic fare starts from 2,200~3,800 KRW depending on the vehicle of the taxi. From 12:00 am to 4:00 am, there is a surcharge, 20% added to the basic fare.

Taking a taxi in the middle of the road in Jeju Island can be frustrating and tiresome, so our advice is to call a taxi (1,000 KRW but it’s better to ask the fee when calling a taxi) or hire a taxi for a day.

Hiring a taxi is definitely recommended to those who are looking for a convenient and comfortable ride throughout the day and a personalized, free, and easy tour.

For those who have an international driver’s license, renting a car is the best option to look around the island’s major attractions and natural landscape. It allows you to reach destinations in Jeju Island that are difficult to reach by using public transportation. Want some thrills and speed? If you have an international driver’s license, rent a motorcycle or a scooter! You can find several rental shops around Jeju International Airport. 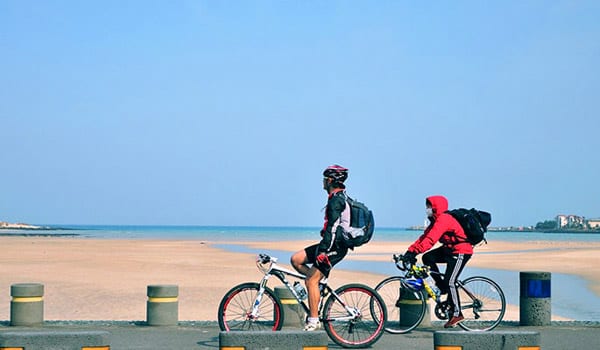 Cycling along the breathtaking coastal roads and forests sure is a great way to explore Jeju Island.

If you don’t have an international driver’s license, renting a bike can be an alternative and it’s highly recommended for couples and solo travelers.

Are You Traveling in a Big Group of People?

Browse through the best transport deals for Jeju Island in Korea. Choose the right one according to your travel group!

Traveling with your family or your travel buddies? Consider these options! 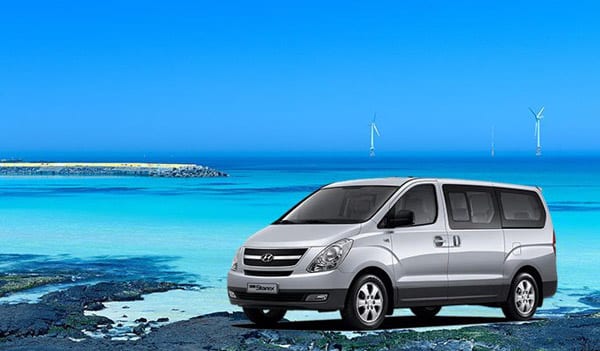 If you wish to travel Jeju Island in a small group and enjoy a private tour, this option is highly recommended!

You can freely write a list of destinations you want to visit and customize your itinerary by taking this tour. 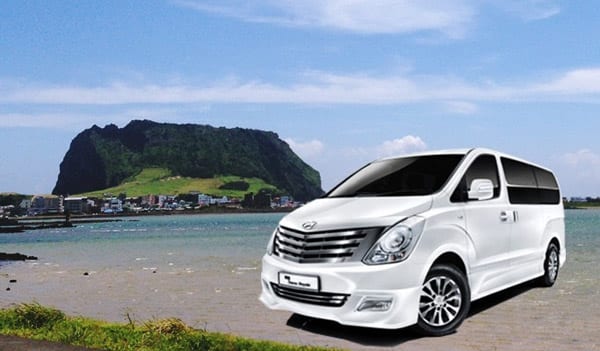 Similar to the private van tour, a small group van tour can be another great option for a group of travelers and tourists from 2 to 9 people.

The small group van tour is more affordable and inexpensive than private tours.

You can choose up to 4~5 places in a day within the same part of Jeju Island, the eastern part or the western part.

*This tour is temporarily N/A.

Find this Jeju Island transportation guide helpful? Discover all the latest things to do in Jeju Island at Trazy.com, Korea’s #1 Travel Shop!

65 thoughts on “Getting around Jeju Island with Public Transportation Guide”