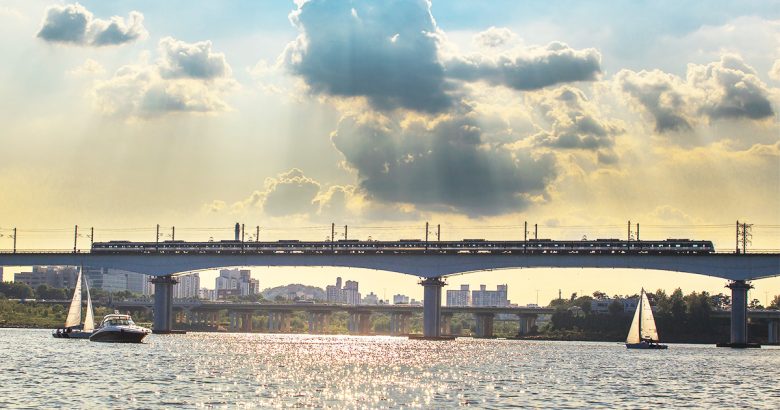 For travelers who are planning on train travel in South Korea, here’s a basic guide to help you make your rail journey in South Korea pain-free with KR Pass.

If you want to step outside Seoul and get around other destinations around South Korea, traveling by train is probably the best option. It’s true that the price of express buses is comparatively lower than that of trains, but the travel times can become very long due to heavy traffic. So if you want your travel plans to be exact and move to destinations on time, taking a train is highly recommended.

Train fare depends on train type and distance traveled. There are 4 railway lines in Korea: the Gyeongbu Line, the Honam Line, the Gyeongjeon Line and the Jeolla Line.

The Gyeongbu Line connects Seoul and Busan and the Honam Line runs from Yongsan Station in Seoul to Mokpo in the southwest. The Gyeongjeon Line connects Seoul and southeastern part of Korea such as Jinju and Changwon. The Jeolla Line runs across the southwestern part of Korea and its major stops include cities like Jeonju, Namwon, Suncheon, and Yeosu.

What is KR Pass?

For those who want to save money and time on train travel without the hassle of buying point-to-point tickets, buying Korea Rail Pass (KR Pass) can be cost-effective. It is very similar to how Eurail Pass works.

With KR Pass, travelers will have unlimited access to standard class seats of KTX, Saemaeul, Mugunghwa, Nuriro and Tourism Trains (O-train, V-train, S-train, DMZ-train, A-train, G-train) for a certain period of time (1~7 days) starting from the date you choose.

You can use Flexible Pass on 2 or 4 randomly chosen days within 10 days!

Consecutive Pass must be used for 3 or 5 consecutive days.

If you are in a group of 2 to 5 people, you can purchase Flexible Pass or Consecutive Pass at a reasonable price!

With KR Pass, you can even enjoy additional discounts on selected accommodations and tourist attractions. You can buy KR Pass at the cheapest price here.

Classes of Korean trains depend on the speed and the amenities offered on board. In Korea, there are KTX express trains (including KTX-Sancheon), and the non-express Saemaeul, ITX-Saemaeul, ITX-Cheongchun, Mugunghwa, Nuriro and tourism trains.

KTX is a high-speed train in Korea that takes less than 3 hours for you to travel from Seoul to Busan. Although the train fare is relatively expensive, it is fast, safe and comfortable.

After KTX is ITX, which are semi-fast trains and currently there are two types: ITX-Cheongchun and ITX-Saemaeul.

ITX-Saemaeul is the new kind of service that is gradually replacing regular Saemaul-ho trains on electrified lines. It runs on Gyeongbu, Honam, Gyeongjeon, Jeolla, and Jungang Line.

Before KTX trains were launched, Saemaeul-ho was the fastest class of trains in South Korea. The Saemaeul train makes more stops than KTX and ITX and it allows the journey from Seoul to Busan possible in less than 5 hours.

Mugunghwa-ho is the cheapest class of trains in operation today and they are the only trains that stop at many stations where KTX & Saemaeul trains do not serve. However, the speed is very slow and there are more standees than sitting passengers.

This train operates from medium- to long-distance and mainly runs between Seoul and Sinchang. It offers various facilities such as restroom for the disabled and luggage racks.

If you want to get a glimpse of the southwestern region of South Korea, taking S-Train is recommended. It is also known as Namdo Sea Sightseeing Train, which operates between Busan and destinations in South Jeolla Province along the southern coast of the peninsula.

The ‘V’ in V-train stands for “valley,” as it travels through the remote mountainous areas of Gangwon and Gyeongsangbuk provinces. It is also referred to as the “Baby Baekho (white tiger) Train” because of the white tiger design on the exterior of the train. On this train, you will be able to enjoy the beautiful gorges and valleys of South Korea. 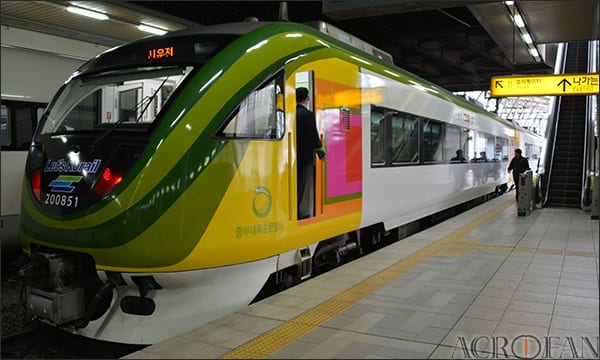 O-train, or Jungbu Naeryuk Circular Train, is a sightseeing train that operates in a circular route around a central inland region. Its name derives from the word, “one”, as the trains loops around attractions in the three provinces (Gangwon, Chungcheongbuk, Gyeongsangbuk provinces) in the country’s central inland region.

DMZ Train, or Peace Train, runs from Seoul Station to Dorasan Station, passing through some of the major attractions located near the Korean Demilitarized Zone (DMZ). On this train, you will be able to admire Korea’s untouched natural landscape and historical landmark.

Tourists can also purchase a “DMZ Pass,” which allows unlimited use of the DMZ Train.

G-train, also known as the West Gold Train, has rooms with ‘ondol’, a Korean floor heating system. Along the route, you will be able to travel along the coastal areas of the West Sea. It stops at major travel destinations including Boryeong and Gunsan.

On this tourist train, you can enjoy wine and gugak (traditional Korean music) on board. The Gugak & Wine Train runs between Seoul and Yeongdong. Starting from Seoul Station, you can go to Yeongdong to taste wine and try the wine spa.

This tourist train features seats that face the windows that allow passengers to overlook the majestic waves, beaches, and the blue ocean. With A-Train, or Jeongseon Arirang A-Train, you can travel through Jeongseon Country in Gangwon Province, the northeastern region of Korea. The ‘A’ in the name comes from “Arirang (a Korean folk song)”, “amazement” and “adventure”. The train offers a round trip once a day from Cheongnyangni station in Seoul, passing through Jeongson, and arrives at Auraji Station in Gangwon Province.

Find this guide helpful? It’s time for you to start planning an amazing rail adventure in South Korea.