Korea is packed with plenty of fun things to do such as live music, fireworks and water fights every Summer.

If you want to have some serious summer fun in Korea, make sure to check out these upcoming festivals in June & July!

For international travelers, there is nothing quite like Boryeong Mud Festival. It is Korea’s one of the largest and most popular festivals, which should be on top of the list for all festival-goers this summer. At the festival, visitors can enjoy a variety of mud-based activities such as mud-slides, mud pits, a mud prison, giant mud bath, a mud swimming pool and plenty more.

Besides these fun-filled activities, there will be K-pop concerts at the venue on July 23rd and 27th as part of the festival. On the 23rd, K-pop idols, including (G)I-dle, Teen Top, Kim Jae-hwan, will be performing. On the 27th, MBC Show! Music Core, a popular K-pop TV Show, will be held featuring Chung-ha, NCT Dream, Lovelyz, SF9, Park Ji-hoon, The Boyz, and many more.

| How to Go: For anyone hoping to go to the festival, here’s a great ticket+shuttle package (shuttles depart from Seoul). A shuttle bus service from Seoul & Busan to the festival is also available. 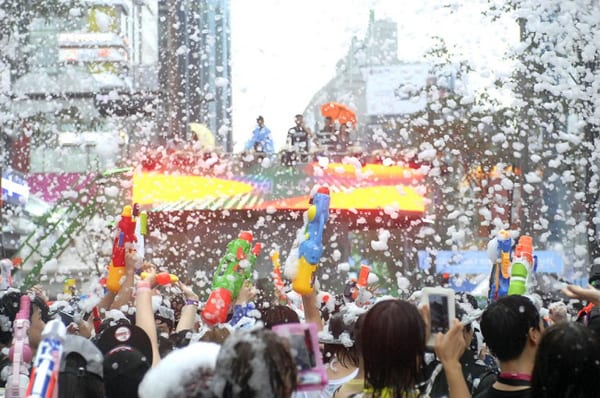 | Ticket Info: Everyone is welcomed to participate in this event. But don’t go back all wet! The festival offers special discounted online packages, which include a ticket (a wristband), which gives access to the changing rooms and a locker, a raincoat and goggles, starting from $9.4. A variety of water gun options is also available at an additional cost. 5TARDIUM EDM Festival 2019 is one of this summer’s hottest festivals you should not miss when you are in Seoul.

The festival’s music lineup will include some of the hottest names in EDM scene such as  R3hab, Illenium, Markus Schulz, Darren Styles, Retrovision, and more. Also, there will be a surreal laser shows, fireworks, gigantic puppet shows, helium balloons & LED light decorations, which will surely keep festival-goers entertained.

| Ticket Info: You can buy the early bird ticket for 5TARDIUM EDM Festival at 32% off on Trazy. Known as the “City of Light and Fire,” the coastal city of Pohang will host its annual Pohang International Fireworks Festival where the spectacular fireworks display over the Yeongildae Beach will be showcased every night during the festival period.

| How to Go: Overnight shuttle buses will be running to the festival from Seoul & Busan. If you are a flower lover, Taean Lily Festival can’t be missed! It is the largest lily festival in Korea with 2 million lilies of 100 different types.

While you can appreciate the beautiful tulips and spring flowers during the day, you can enjoy a fantastic array of impressive light displays at night!

| How to Go: For anyone hoping to go to the festival, here’s a great ticket+shuttle package (shuttles depart from Seoul).

Another stunning festival for flower lovers! Buyeo Seodong Lotus Flower Festival was actually selected 1 of the “10 Outstanding Festivals” by the Ministry of Culture, Sports and Tourism in Korea.

Buyeo, where the festival takes place in, is “Baekje Historic Areas” designated by UNESCO. You can witness 50 different types of lotus flowers and water plants blooming in the pond during the summer.

This year, the Water Bomb Festival will return with even more powerful water explosions and an awesome lineup!

For those new to the festival, it is the best water festival with the best dance music scene, where festival-goers can choose either Team Green or Team Blue, team up with their favorite artists and soak up the targets with water guns.

This year, the festival will feature Korea’s hottest musicians such as Zico, Simon Dominic, Chung Ha, Hyuna, Crush, Winner as well as many local and international DJs, including Mike Perry and many more. 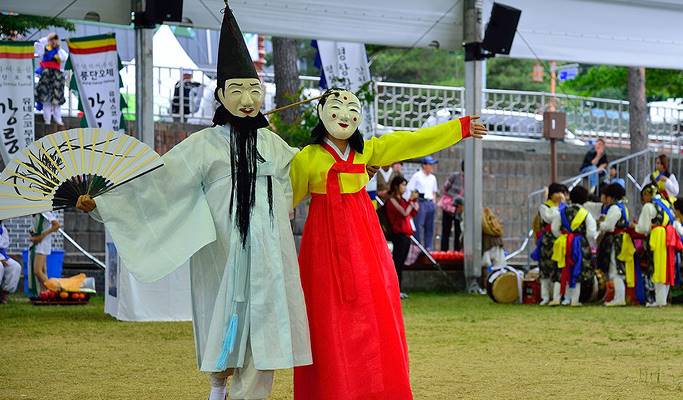 Gangneung Danoje Festival is one of the biggest folk festivals in Korea that is listed as a UNESCO Intangible Cultural Heritage. During the festival, you will be able to witness the shamanistic ritual of the Joseon Dynasty and enjoy folk performances, Korean traditional wrestling called ‘ssireum‘ and many other cultural events.

Similar to Water Bomb, 4SEIDON is a water music festival in Busan where you can enjoy the live performances of the hottest artists in EDM and K-pop scenes with water cannons!

Ghastly and Tokyo Machine have officially announced to join the festival and many more will be announced soon. Before the whole line-ups are revealed, don’t forget to get 50% early bird discount! If you are in Busan, don’t miss this trendiest summer music festival in Busan!

| Ticket Info: You can buy the early bird ticket for 4SEIDON Water Music Festival at 50% off on Trazy.

Holiday Land Festival is the perfect R&B and Hip-Hop Festival where you can enjoy the summer sun and breeze with good live music.

The line-up of Holiday Festival is fantastic, which includes the top R&B artists, James Blake, Anne-Marie, Daniel Caesar, H.E.R, Zion. T, Beenzino, Cigarettes After Sex, and many more. Paradise City has the perfect venue to relax on the green lawn and feel the festival vibes.

| How to Go: Private shuttle service is also available upon request by sending an email to experience@trazy.com. Don’t hesitate to book your ticket! The Color Run in Seoul is the world-famous color race with over 6 million participants worldwide. You will get to run or walk the whole 5km with the electrifying music, played by local DJs, and enjoy a once-in-a-lifetime running festival!