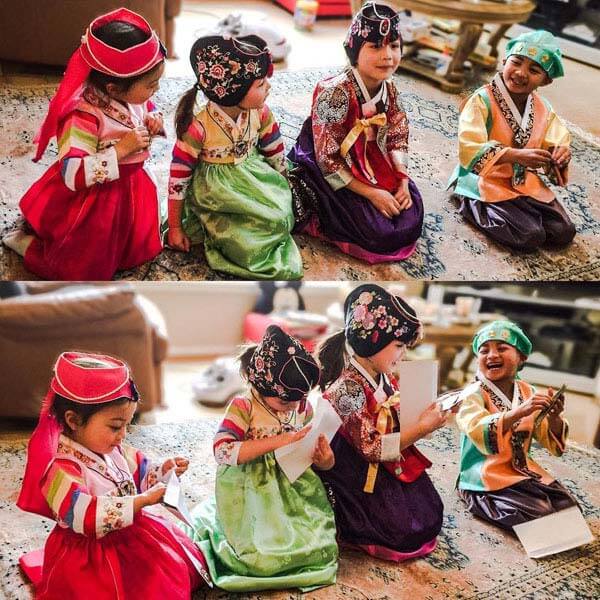 2023 is the year of the rabbit, and Koreans celebrate the Lunar New Year, or ‘Seollal‘ in Korea, which is one of the biggest holidays in Korea. This year, Korean Lunar New Year is from Jan 21 to 24.

Also, many businesses including major department stores and small local shops close during the holiday period. But don’t be in despair as travelers (just like yourself!) can find and partake in Seollal events at many tourist attractions and destinations within and around Seoul.

Check out these destinations where you can celebrate and make the most of your trip during the Korean Lunar New Year holiday!

Get Discount Tickets to Theme Parks Around Seoul:

Programs include traditional rituals, games, and activities that you can participate in along with performances like the famous “changing of the guards” ceremony with the palace as the perfect backdrop.

*For free admission to all four royal palaces and Seoul’s major attractions, get the Discover Seoul Pass on Trazy! 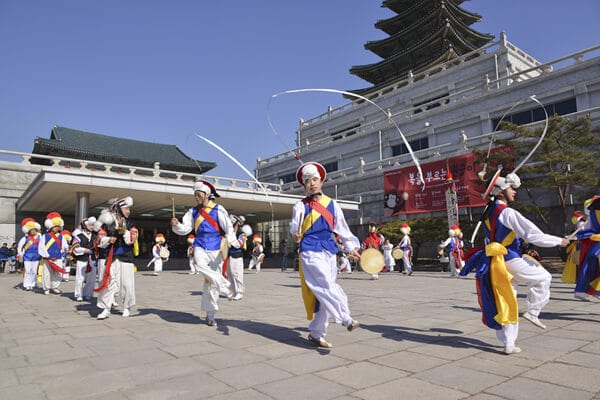 You may perceive museums as mundane places, but head to one during Seollal and you’ll find that it’s actually quite fun and exciting!

During Seollal, the National Folk Museum of Korea located in Gyeongbokgung Palace offers a range of hands-on programs and exhibitions such as arts and crafts and traditional folk games for visitors of all ages to enjoy.

You can try playing Korean traditional games like “paengichigi (top spinning)”, “jegichagi (hacky sack)” and “yut nori (a board game where you throw sticks)”.

The Namsangol Hanok Village, around Chungmuro Subway Station, is a collection of five traditional Korean houses from the Joseon Dynasty that have been restored. As part of the Seollal festivities, here you can register for various experiences involving Korean traditional percussions, folk songs, games and more. It’s sure to be a lot of fun!

There are also performances like tightrope walking, horseback martial arts, and role-playing by actors donned in makeup and outfits that make it look like they’re really from the Joseon dynasty.

There are various winter special festivals that you can easily visit from Seoul in a day! Check out these festivals for the Seollal holiday. 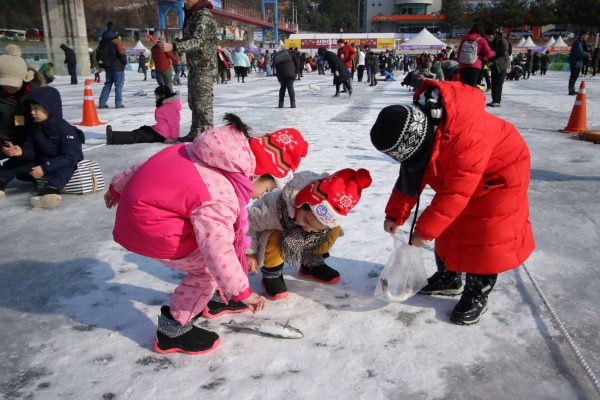 Hwacheon Sancheoneo Ice Festival is Koreans’ favorite winter festival. Spot sancheoneo (mountain trout) under the frozen river and try fishing through the holes. Then, you can grill or get it filleted to taste fresh mountain trout on the site! 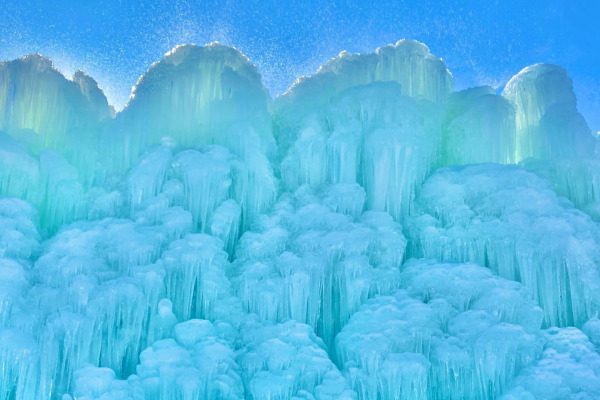 Nami Island is another great place to visit during the Seollal holidays as it’s open every day! It’s highly recommended to visit other vicinity destinations with Nami Island, such as Garden of Morning Calm, Petite France, Italian Village, and Gangchon Rail Bike. Han River (Hangang River) Ferry Cruise is the best way to enjoy the scenery of Seoul. You can see some of the most famous landmarks on the cruise such as N Seoul Tower, the 63 Building, and the Sports Complex.

9. Other destinations to visit during the Seollal holiday Other major tourist attractions that are also open during the Korean Lunar New Year holiday period include N Seoul Tower, COEX Aquarium, and Myeongdong Nanta Theatre.  Jamsil is another great neighborhood to visit where you can enjoy a trip to Lotte World, Lotte World Aquarium, and Lotte World Tower Seoul Sky. All of them are easy to reach by subway and they are truly wonderful places to visit with your family and friends and have a great time together.

So, what are you waiting for? Do try a visit to one of these spots during Seollal!

If you enjoyed this post, don’t forget to check out Trazy.com, Korea’s #1 Travel Shop, for more fun and exciting posts like this one!

KOREA.NET – Official page of the Republic of Korea Korea_2013_Seollal_07 via photopin (license)

KOREA.NET – Official page of the Republic of Korea 2015_Seollal_09 via photopin (license)

KOREA.NET – Official page of the Republic of Korea 2015_Seollal_22 via photopin (license)

KOREA.NET – Official page of the Republic of Korea Korea_2013_Seollal_06 via photopin (license)