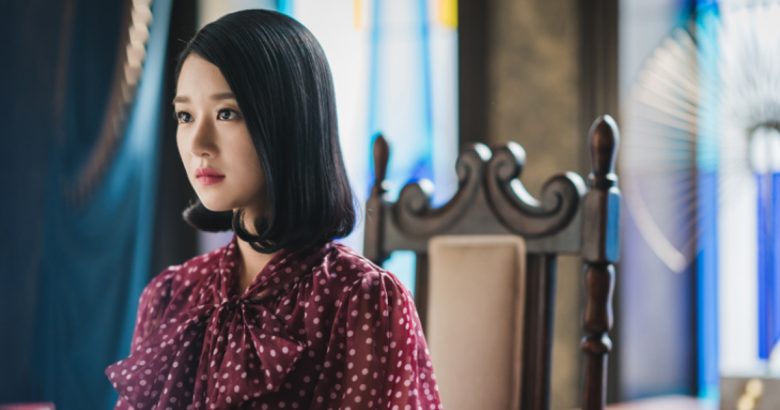 Along with the rising global popularity of K-dramas through Netflix, the fashion items that were worn by the actresses in the dramas also gained a lot of attention. If you also have been curious about their fashion, here is the list of the trendiest Korean fashion items, featured in popular K-dramas in 2019 & 2020!

Let’s dive into the world of K-drama fashion!

1. It’s Okay to Not Be Okay: Seo Ye-ji’s Sunglasses

‘It’s Okay to Not Be Okay (2020)’ is a recently ended Korean TV series starring Kim Soo-hyun and Seo Ye-ji, which was internationally popular through Netflix. Along with its rising popularity, Seo Ye-ji’s fashion also got a spotlight. One of her hit items is sunglasses, which well-represented her chic and cold character and look.

The other sunglasses brand Seo Ye-ji wore in the drama is RIETI. The model she wore is Doris (KRW 69,400) and it’s recommended for those who want simple and stylish daily sunglasses.

‘Hyena (2020)’ is a K-drama about a romance between two lawyers, starring Kim Hye-soo and Ju Ji-hoon. Kim Hye-soo played the role of a lawyer, who is after only money. Since she is very busy and active in the drama, she is always wearing a phone case with a rope strap. This item became a hit after it was featured in ‘Hyena’.

This convenient but stylish phone case is from ARNO (KRW 37,000). You can protect your phone in style by putting your smartphone in the silicone case holder and carry it like a mini-bag by using the edgy rope strap.

Rope straps are in various color so there are plenty of choices for you to choose from! They are loved by many Korean celebrities and influencers, such as Kang Min-kyung, Kim Na-young, and Moon Jung-won.

‘Backstreet Rookie (2020)’ is a K-drama based on the webtoon ‘Convenience Store Saet-byul’. Ji Chang-wook, Kim Yoo-jung, and Han Sun-hwa starred in the drama. Han Sun-hwa is a supporting actress, played as Ji Chang-wook’s girlfriend and former boss, who has both beauty and intelligence. Her accessories made her look more elegant and intellectual.

This golden Big Circle Necklace (KRW 53,700) is from Priamute, a jewelry brand in Korea that is frequently appeared in many K-dramas. Priamute accessories were also worn by many K-pop idols, such as Chungha, Sunmi, Nayeon from TWICE, Yerin from GFriend, and Minnie & Soyeon from (G)-IDLE.

The gorgeous earrings Han Sun-hwa wore in the drama are from Paul Brial. In spite of their sophisticated designs, prices are reasonable ranging from KRW 19,000 to KRW 38,100. Han Sun-hwa also wears two rose gold-colored rings (KRW 12,200) in episodes 12 & 13.

‘Itaewon Class (2020)’, starring Park Seo-joon and Kim Da-mi, is also based on webtoon. It’s the story of how Park Seo-joon becomes successful by establishing Dan Bam Pub. Kim Da-mi plays the role of an influencer on social media, who joins Park Seo-joon’s business because she has feelings for him. Since Kim Da-mi is a popular figure in the drama, her look is very stylish and trendy.

The accessories she wore in the drama make her more fashionable. This stylish gold & white-colored chain necklace with a clip connector is Tongs Dynamic Suspension Necklace (KRW 152,900) from Mama Casar. This necklace was also worn by Lee Min-jung, a famous Korean actress, and Kim Na-young, a K-fashion celebrity!

‘Crash Landing (2019-2020)’ was a sensational hit K-drama early this year, starring Hyun Bin and Son Ye-jin. It’s about the love story between a North Korean captain and a South Korean fashion entrepreneur, who accidentally had crashed into a forest in the DMZ in North Korea while paragliding. Seo Ji-hye played a supporting role of Hyun Bin’s fiance. Seo Ji-hye’s fashion items gained as much attention as Son Ye-jin’s.

Seo Ji-hye wore a hair clip quite often in many scenes, which made her look more gorgeous. One of the hair clips she is wearing is a Black Swan hair clip (KRW 35,200) from Getmebling that is covered with Swarovski elements. Getmebling has many accessories that were worn by many Korean actresses and idols, such as Gong Hyo-jin, TWICE Sana & Nayeon, and Son Ye-jin.

‘When the Camellia Blooms (2019)’ starring Gong Hyo-jin and Kang Ha-neul is about a romance between a single mother, who runs a bar-restaurant, and a police officer living in a small town. There is also a mystery about a serial killer in the town they are living in. Gong Hyo-jin is a famous Korean actress, well-known for being a fashion trendsetter. Therefore, all the items she wore in the drama became a trend.

Gong Hyo-jin wore various cute and unique accessories in the series. One of the accessories that became popular through her is Multi Natural Stone Ring Set (KRW 29,400) from Blackmuse. Yoon-ah from Girls Generation also wore this ring.

‘Hotel Del Luna (2019)’ starring IU and Yeo Jin-goo was one of the most popular K-dramas last year. The elegant retro-style fashion of Jang Man-wol (IU), the CEO of Hotel Del Luna, became iconic. IU wore countless dresses in the drama.

One of the dresses IU wore is a gray Silk Slip Dress (KRW 84,700) from SEZ’WICK. Since this drama is a fantasy story of a hotel that consists of ghosts, this slip dress well represents her beautiful but mysterious atmosphere.

‘Once Again (2020)’ is a Korean family drama about four siblings’ marriage and divorce stories. Oh Yoon-ah is the second child who has divorced her husband and lives with her parents.

Oh Yoon-ah is also one of the most fashionable actresses in Korea. The bag she wore in the drama is Lycka Mini Rattan Bag White (KRW 231,800) from OSTKAKA, the chic and minimalistic emerging bag brand in Korea.

There are four kinds of colors you can choose from, White, Saffron Yellow, Fiery Red, and Cinnamon, which are all perfect for a summer look! It comes with a strap that you can attach to so that you can carry it around your shoulder.

Can’t Find What You’re Looking For?

If you can’t find the item you want at Trazy Shop, simply ask for a custom order! Easy and reliable proxy shopping service is here for you!

Be the first to buy the most unique yet trendy and quality-assured Korean items through Trazy Shop, Korea’s #1 Proxy Shopper!

4 Things All K-Pop Fans Must Experience in Seoul