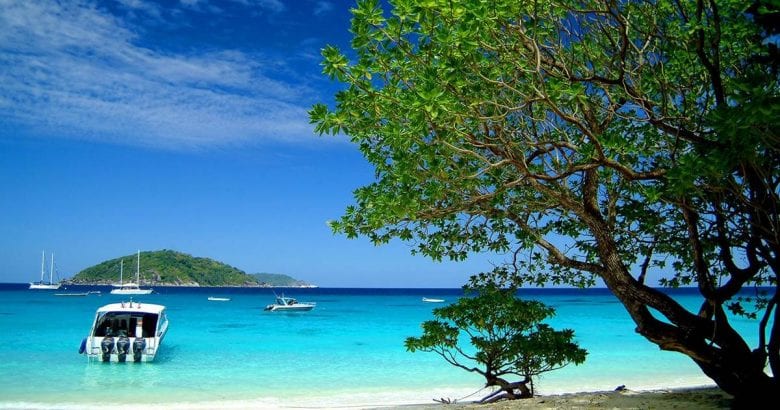 From its breathtaking beaches to lush jungles, Thailand prides itself on its variety of natural attractions. To preserve and protect these attractions, Thailand has designated many of its flourishing nature sites as official national parks. In this post, we will be introducing numerous national parks in Thailand that exhibit beautiful landscapes along with an ability to be a vast habitation for wildlife. Whether you are an eager nature lover or whether you are looking to get away from the busy city life, these national parks will give you a refreshing perspective of Thailand. 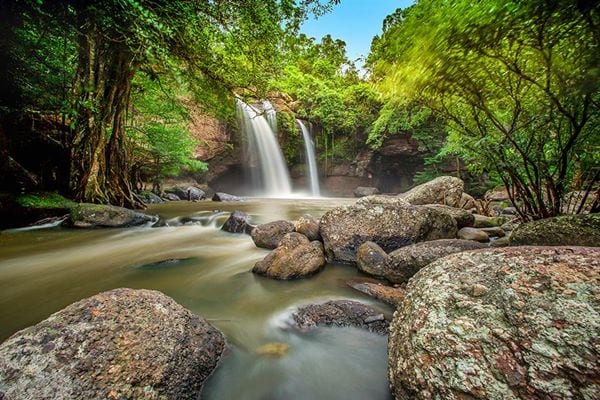 Situated just 2.5 hours away from Bangkok, the Khao Yai National Park is Thailand’s first national park. This national park was also distinguished as a UNESCO World Heritage site for its significance in the conservation of globally threatened and endangered species. Khao Yai National Park covers a vast land comprised of rain forests, evergreen forests, and grasslands and is home to a great population of mammals, birds, and reptiles. The Khao Yai National Park is especially loved by tourists as about 200 wild elephants roam around the park, providing the visitors with numerous opportunities to behold the majestic creatures in their natural habitat. A famous attraction inside the park is the 80-meter-tall Heo Narok Waterfall, which was featured in The Beach, a movie starring Leonardo DiCaprio. 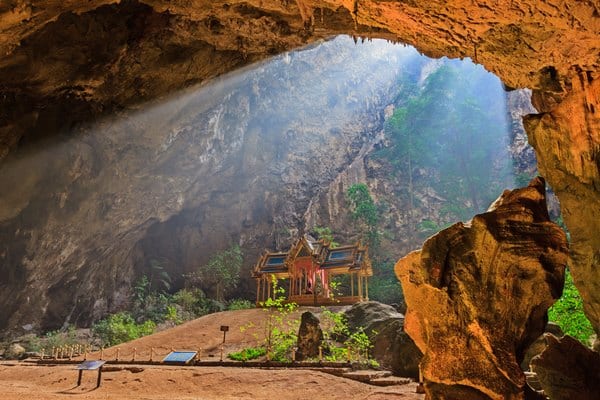 Khao Sam Roi is the first coastal national park that was established in Thailand. The freshwater marsh covers around 37% of Khao Sam Roi, making it the largest wetland area in Thailand. The main attraction of the park is the Phraya Nakhon Cave. It’s a large cave with a hole in the ceiling, which allows sunlight to peek through. Underneath the hole, there is the Khuha Kharuehat Pavilion, a monument built to celebrate King Rama V’s visit to the park. At certain times, the sunlight shines exactly on the pavilion. Other popular attractions in the national park include the two white-sand beaches. The national park is especially visited during January and February by avid bird watchers as migratory birds stop by on their path between Asia and Australia. 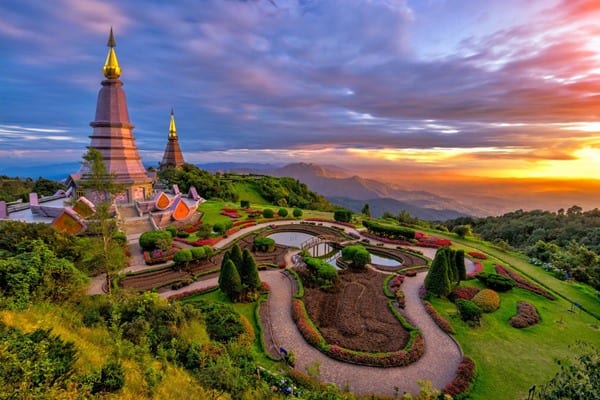 Doi Inthanon National Park is “the Roof of Thailand” as it is the home to Doi Inthanon, the country’s highest mountain. Unlike most parts of the country, the park has cold weather all year round, due to its high altitude of 2,565 meters above sea levels. From December to February, the early morning temperatures at the peak of Doi Inthanon can even reach down to zero. If you are looking to escape from the heat and witness a unique view of frost flower in Thailand, Doi Inthanon is the destination for you. Other than the vast, lush nature, the royal chedis in the park are also two famous attractions. The twin chedis were built to honor the 60th birthday of King Bhumibol and Queen Sirikit. The beautiful garden in front of the chedis is a stunning place to have a stroll around. 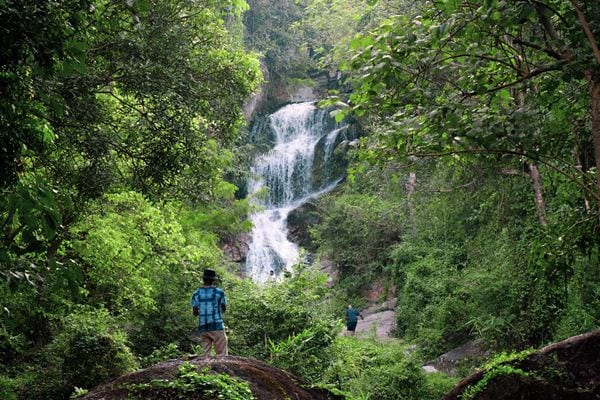 Doi Suthep-Pui National Park is a mountainous national park with three main peaks: Doi Suthep, Doi Buak Ha, and Doi Pui. The latter has the highest peak, reaching 1,685 meters above sea level. The park is also the site of Wat Phra That Doi Suthep, a Buddhist temple that is regarded as one of the most sacred temples in Thailand. The park consists of evergreen forests in higher altitudes and deciduous forests below. Along with countless trees, there are nearly 2000 species of ferns and flowers. It also houses many waterfalls that offer refreshing views. Many hiking, cycling, and camping enthusiasts visit the park all throughout the year. 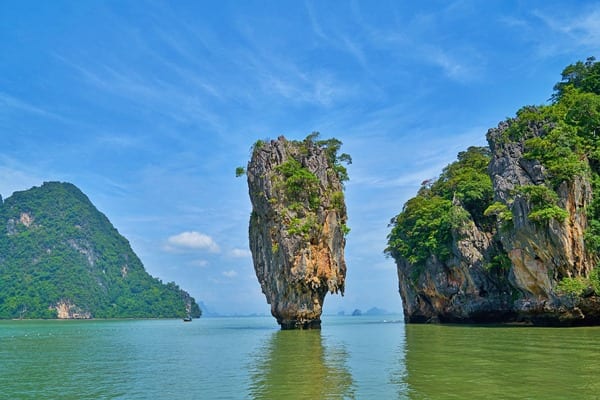 Ao Phang Nga National Park in the Andaman Sea is a popular tourist destination thanks to its gorgeous white-sand beaches. The waters are crystal clear, making the beach perfect for a day of snorkeling. Apart from the stunning view from the beachfront, the limestone cliffs, caves, and mangrove forests all contribute to the beauty of the park. The flourishing eco-system also presents the park as a great home to numerous animal species, including the globally threatened Maylasian plover and Asiatic dowitcher. One of the islands in the bay, Khao Phing Kan, is more commonly known as James Bond Island. This island became a world-renowned getaway spot after it was featured in a James Bond movie, The Man with the Golden Gun, starring Roger Moore.

The Similan Islands is an archipelago consisting of eleven islands located in the Andaman Sea. The islands are surrounded by shallow and clear water that makes it easy to witness the abundance of vibrant coral reefs and stunning rock formations that reside under the water. This has led to the islands’ popularity as a major diving site. The most well-known island of all is the Similan Island, which is also the largest. While Huyong Island has the biggest beach, a turtle hatching protection program prohibits tourists from entering the island. Similarly, during the monsoon season (May~October), the entire park closes to recover from the impact of tourism in the earlier months. From 2018, the Thai government has put a cap on the daily number of tourists to prevent the park from further environmental destruction. 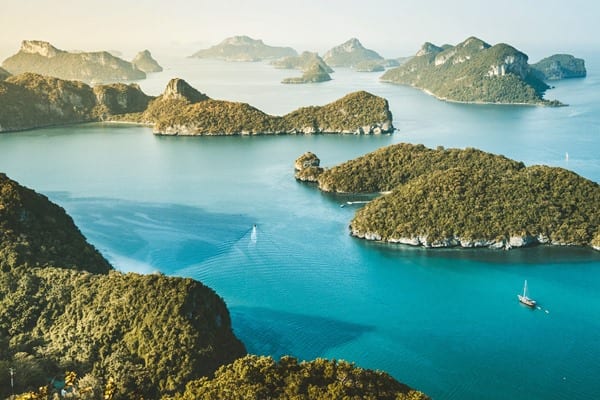 The Ang Thong National Park located in the Gulf of Thailand covers a total of 42 islands. The word ‘Ang Thong’ means a ‘bowl of gold’ in Thai. Out of the 42, the biggest and most populated island is Phaluai Island. It is also the island with the highest peak, located 396 meters above sea level. Phaluai Island and other various islands consist of limestone hills, caves, and inland marine lakes. As many of the islands are located in close proximity with each other, the view when sailing around the park is purely stunning. 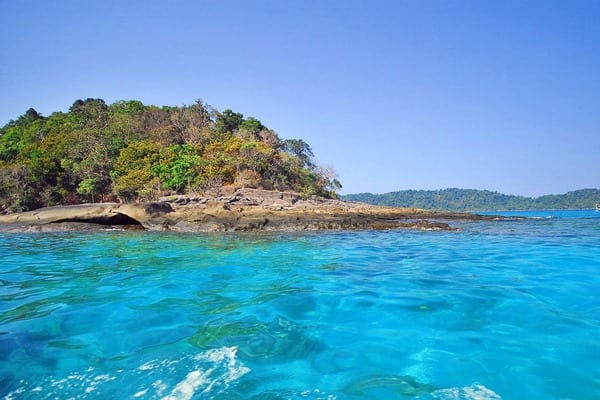 Similar to the aforementioned Similan Islands, Surin Islands National Park is also an archipelago. The Similan Islands contain five islands – the most famous ones being Surin Nuea Island and Surin Tai Island. Perhaps one of the best-known attractions of this national park is the Richelieu Rock, a horseshoe-shaped reef with a thriving wildlife population. From Manta ray to the white shark, Richelieu Rock offers plenty to see for the divers. It is no wonder why the Richelieu Rock is Thailand’s one of the most iconic diving sites. Surin Islands National Park is also one of the parks that close during the monsoon season (May~October) for water restoration purposes.

Located in Kanchanaburi, Erawan National Park is one of the most famous national parks in Thailand. It is especially well-known for the Erawan Falls, a seven-tiered waterfall with emerald green ponds. The waterfall is named after the three-headed mythological elephant as the top-tier of the waterfall resembles the elephant. The first two tiers are easily accessible and are great picnic spots. Furthermore, the small ponds located throughout the park make for great swimming pools you can take a dip in. The park consists of deciduous forest, evergreen forest, and limestone hills. However, there’s not a lot of wildlife here due to the limited number of trails.

We hope this post helped you figure out some characteristics of each park and why you should visit these lovely national parks in Thailand. For more ideas on your next trip to Thailand, make sure to visit Trazy.com!