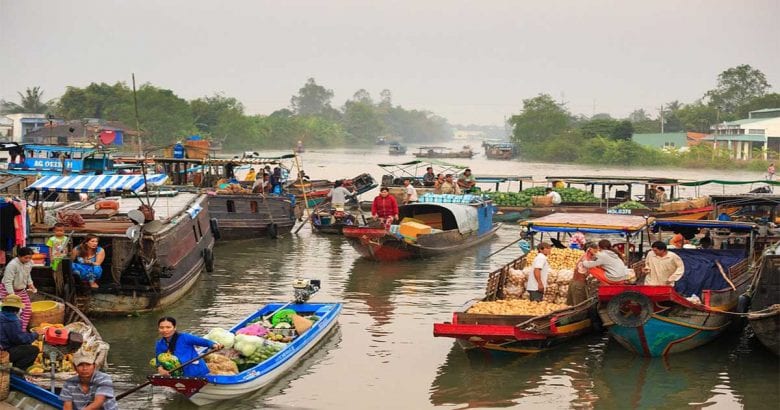 ‘Mekong’ means ‘the mother of all rivers’ in the vernacular language. If there is the Nile for Africa, the Amazon for America, the Rhine for Europe, then there is the Mekong for China and Southeast Asia. The river is famous for the boat tour, or cruise tour where you can appreciate the beauty of the shelter for numerous people. Now, let’s cut to the chase!

About The Mekong River Mekong River refers to the longest river in Southeast Asia. It rises in Qinghai province in China and is about 4,350 km(2,700 miles) long. Flowing through southwestern China, Myanmar, Laos, Thailand, Cambodia, and Vietnam, it finds its way to the South China Sea.

As the river has been a lifeline for Southeast Asian countries and China for a long time, so is the present. About 70 million people who live along the river have engaged in agriculture, and rice is the major crop. They live on rice, fruits, and other crops, and live friendly with the blessed environment. So, you can witness lifestyles of indigenous people who live in the flat plains near the river, or on the floating homes around the river.

Besides, you may spot a rare dolphin, called ‘Irrawaddy dolphin’ if you are lucky. Dolphins in rivers, isn’t it special?

The Top Destinations Around The Mekong River

Golden Triangle Area is certainly unique in that borders of three different countries — Thailand, Laos, and Myanmar — converge. Also, the world’s most heroin is produced in this triangle zone, and the zone has the most suitable climate and natural conditions for opium production. It is said that the title came from the history that those three countries used gold as a trading currency, thereby called ‘Golden Triangle’. At a museum called ‘Opium House’ near the area, you can acquire knowledge about opium and opium trades.

Find out the tours where you can explore the Golden Triangle Area:

Check out a tour to visit the Golden Triangle Area, along with the essence of Chiang Rai: Chiang Rai is a northern province of Thailand, located in the northeast of Chiang Mai. Golden Triangle Area mentioned above also belongs to Chiang Rai. The province is well known for its rich history, preserving majestic Buddhist temples which are White Temple and Blue Temple. You can delve deep into Thai history, culture, and religion all at once here and appreciate the unique and splendid temples.

Find out convenient tours below to travel Chiang Rai: 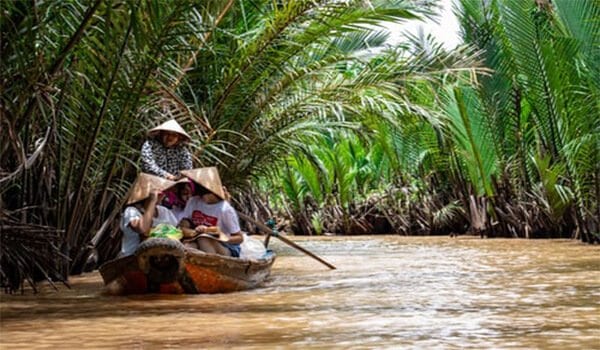 Mekong Delta starting in Phnom Penh, Cambodia, is the giant delta with the thriving forest of wetlands and mangroves, as well as grasslands that flooded with the seasons. The Mekong river rolls along Vietnam and reaches the South China Sea, forming the delta. A variety of animals and plants gather in the mangroves and mudflats of the coast. Later, the area of arable land extended and formed the granary of Southeast Asia.

Find out the tours below to visit the Mekong Delta:

Si Phan Don is a group of islands in the Mekong River, in southern Laos. There are numerous islands in the Si Phan Don, many of which are submerged underwater during the monsoon when the river increases its body of water. In the dry season when the water level is low, islands emerge to the surface of the water. You can enjoy the tranquil mood of the islands and villages around the Mekong river.

As always, if you want to learn more about the things to do around the Mekong river, make sure to visit Trazy.com, Asia’s #1 Travel Shop!

The Best Water Parks in Thailand