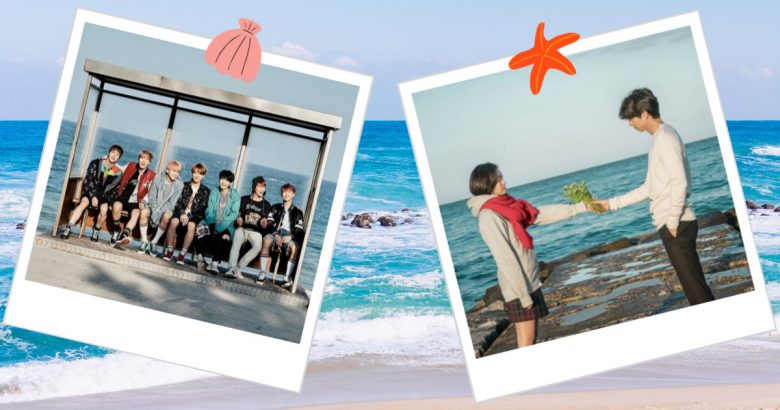 Gangwon-do is a province located in the northeast of South Korea and it has many beautiful beaches and mountains. Because of its natural landscapes, it is frequently featured in numerous K-dramas, such as “Guardian: The Lonely and Great God”, “Descendants of the Sun”, “Hotel Del Luna”, and so forth. Also, some K-pop music videos were filmed in Gangwon-do, such as BTS “You Never Walk Alone”.

If you are a fan of K-drama and K-pop, check out the list below and find out more about the shooting spots in Gangwon-do!

Oeongchi Beach is one of the best beaches with breathtaking scenery in Sokcho. It had been a restricted area after an armed guerilla attack from North Korea in the 1970s, but it has reopened from summer in 2005. Since it had been locked down for many years, it has crystal clear water with a clean and unharmed natural environment.  It’s also perfect for families to enjoy because of the shallow water and peaceful atmosphere.

It because more famous after being featured in the popular Tvn K-drama “Encounter”, starring Song Hye-gyo and Park Bo-gum. It appeared in episode 3 and you can see the photo spots at the beach where the two main characters encountered.

Check out the hand-picked tours to Sokcho!

Located in Chuncheon just beside the Jade Palace Golf Club, Jade Garden is a European-style luxury arboretum. There are 9 different types of themed gardens and 3 courses where you can enjoy the beautiful landscapes. The gardens consist of a variety of plant species, such as maple trees, irises, blueberry bushes, and many more. 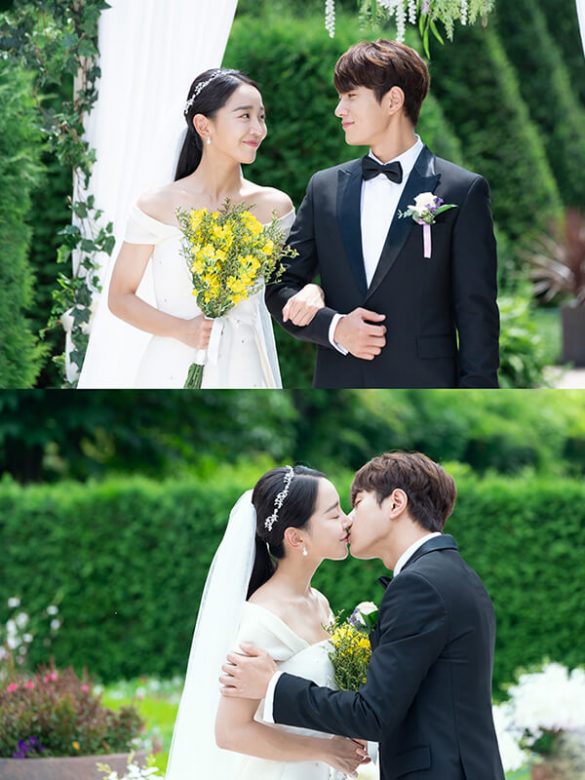 It’s often used as a filming location for many K-dramas, such as “Angel’s Last Mission: Love”, starring Shin Hye-sun & Kim Myung-soo, and “The Winter, The Winter Blows”, starring Song Hye-gyo & Jo In-sung. It was the place where the two main characters got married in the K-drama, “Angel’s Last Mission: Love”. Also, it was Song Hye-gyo’s mansion in the drama “The Winter, The Winter Blows”.

Check out the hand-picked tours to Chuncheon!

Jumunjin Breakwater is located in Jumunjin Beach, which is a great spot for families or couples to capture a moment of a beautiful scene. Jumunjin Beach is a shallow beach with clear cobalt blue water that makes it easier to gather clams and fish at the nearby lake. There are many restaurants around the beach where you can try fresh Korean seafood. 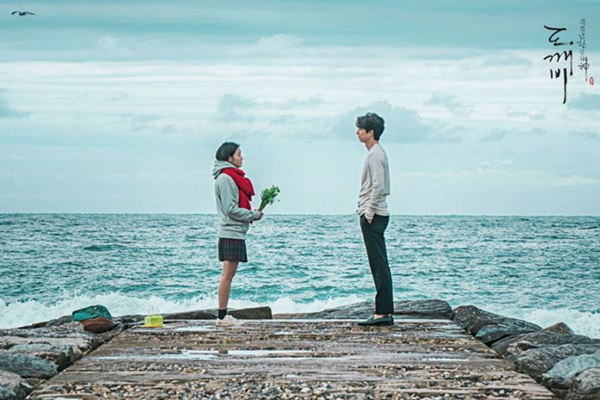 This spot became widely known to many people because of the hit Korean series, “Guardian: The Lonely and Great God” (also called “Goblin”), starring Gong Yoo and Kim Go-eun. Since many scenes were filmed on this rocky pier, many K-drama fans visit this place and take lots of pictures.

Yeongjin Beach is an iconic place for ARMYs (BTS fans) because there is a BTS bus stop, which is a music video shooting spot of “You Never Walk Alone”. It’s a must-visit place among the BTS fans when they visit Gangneung. Even if you are not a K-pop fan, it’s still worth a visit since it has a marvelous ocean view. 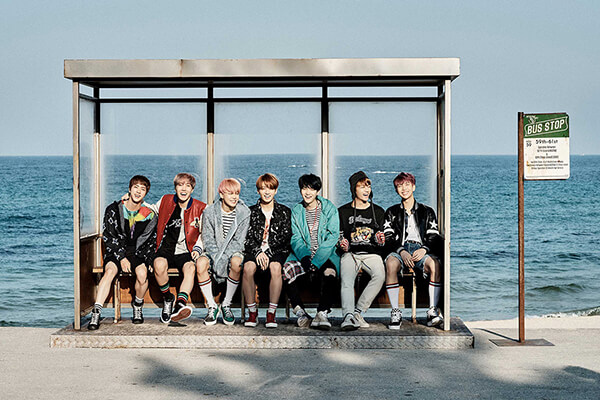 If you are a fan of BTS, you should definitely leave some Instagrammable pictures by sitting on this BTS bus stop. There is a coffee street nearby where you can appreciate the lovely coastal view while enjoying coffee and desserts.

Imdangdong Catholic Church is a small but oldest catholic church in Gangneung, which was established in 1955 after the Korean War. Although the size of the church is small, if you go inside the church, you’ll be amazed by the tranquilness and the beautiful colors of its stained glasses.

The church was featured in the drama “Mr. Sunshine” in episode 21, where Kim Min-jung visited the church to find her mother. The drama was a hit by then, starring Lee Byung-hun and Kim Tae-ri.

Check out the hand-picked tours to Gangneung!

Hanbo Coal Mine is a closed mine located in Taebaek. This place became famous after becoming the main filming location of the legendary K-drama “Descendants of the Sun”, starring Song Joong-ki and Song Hye-gyo.

Although the drama was broadcasted in 2016, it’s still a popular place among K-drama fans from all around the world. It still preserves the drama filming set so that the fans can visit the place.

Yongpyong Resort is the largest ski resort in Korea with the longest history. It offers the fantastic natural scenery of the four seasons and the most scenic part is the Dragon Peak, which is the summit of Balwangsan Mountain. You can reach the top by gondola, which is one of the most popular attractions in Yongpyong Resort. 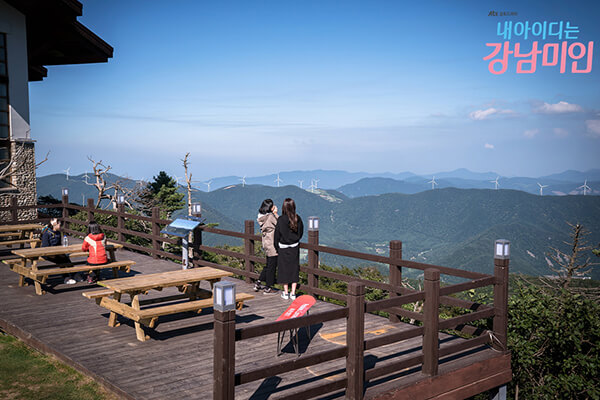 Alpaca World is an animal farm in Hongcheon with alpacas from South America, ponies, rabbits, and even birds! You can meet cute, fluffy alpacas and get to feed them. You can also get to take a stroll with them, which can be a great experience for families with children. 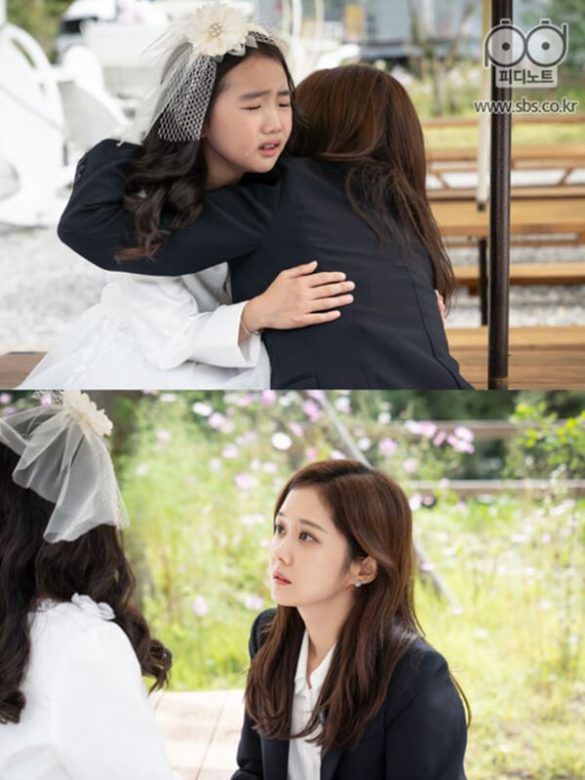 This place was featured in the K-drama “VIP”, starring Jang Na-ra and Lee Sang-yoon. It was the background of the scene where a VIP child hosted her birthday party at Alpaca World. If you love interacting with animals, this place is highly recommended.

Check out the hand-picked tours to Hongcheon!

Mangsang Beach is in Donghae that connects Gangneung and Samcheok. It is famous for having various kinds of seafood that tourists love to try. Its depth of water is pretty deep and the wave is quite strong. Still, the ocean view is marvelous and it’s a perfect place to chill and relax. 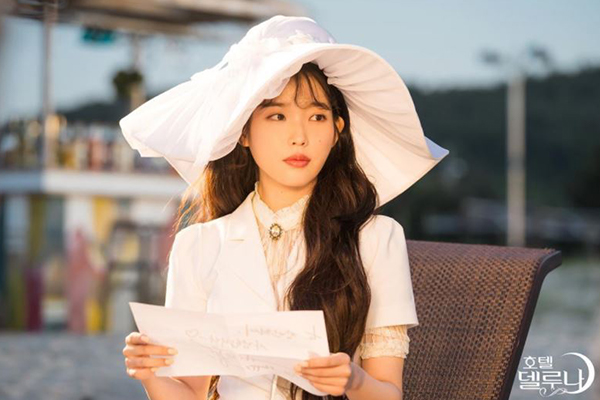 It is gaining more popularity among the tourists after being featured in the K-drama “Hotel Del Luna”, starring IU and Yeo Jin-goo. It was used as the place where IU visited whenever she felt meaningless about life. Just like in the drama, this beach has a gorgeous sunset view as well.

Maengbang Beach has recently installed BTS’ Butter Album Jacket set so that fans can visit and take photos! You can take as many photos as you wish, but you may need to wait in line.

If you wish to visit two of BTS locations in Gangwon-do, use Trazy’s ultimate BTS Album Jacket Shooting Locations Tour to do so!

If you want to find out more latest, trendiest, and newest things to do in Gangwon-do, don’t forget to visit Trazy.com, Korea’s #1 Travel Shop!