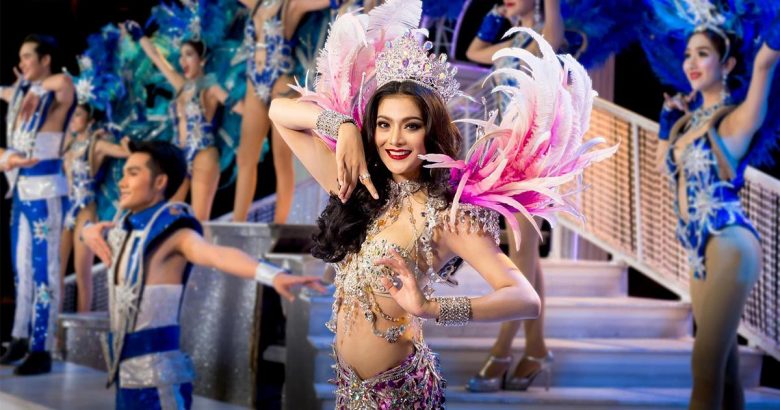 Find out more about two of the best cabaret shows in Phuket: Simon Cabaret Show and Simon Star Show!

Nonetheless, it’s quite easy to confuse the two. That’s why we’ve prepared a short comparison blog on the Simon Cabaret Show and Simon Star Cabaret Show so that you’ll be able to find the right for yourself!

Read on to find out the difference between the two best cabaret shows in Phuket!

Simon Cabaret Show takes place in the late evening. If you want to watch the show right after dinner or a while later after enjoying the other charms of Phuket, that’s up to you! Plan out your day and pick a show that best fits your schedule so that you won’t have to miss out on anything.

Since it first began in 1991, Simon Cabaret Show has established itself as one of the best shows in the entertainment scene in Phuket. With its long history and top-class reputation as one of the best, be prepared to have yourselves knocked off your feet by the Simon Cabaret Show. It doesn’t just end with glitzy and glamorous performers donned in their extravagant costumes. The stage sets, props as well as the various musical acts that incorporate traditional Korean, Broadway, Latin dance moves and more come together to create a truly magnificent masterpiece of a show!

💃Get your tickets to Simon Cabaret Show here!💃

Simon Star Show takes place Phuket Town (Samkong), a quaint little town where the past and present meet. Though it doesn’t offer the charms and sights of the sandy beaches along the coast of Phuket, this little old town has its own merits and is definitely worth visiting!

Likewise, Simon Star Show‘s curtains go up in the evening but slightly earlier than the Simon Cabaret Show. Both shows go on for a full 60 minutes, so if you want to turn in early or catch a show right before dinner, Simon Star is the show for you. Whichever one you watch, we promise you that you’ll have a terrific night out!

Though the lesser-known of the two, Simon Star Show is making a name for itself in Thailand as one of the best cabaret shows. Despite being relatively new to the scene, it is nowhere near lagging behind its sister show. With a new generation of talented performers, daring cabaret themes as well as extravagant costumes, the Simon Star Show is really taking it up a notch. Their modern approach towards cabaret shows, especially by incorporating hit songs such as classics, pop songs as well as various tunes from all over the world, is paying off by attracting huge crowds by the day.

💃Get your tickets to Simon Star Show here!💃

So, which of the two do you feel like watching? Simon Cabaret Show or Simon Star Show? Whichever one you watch, we promise you that you’ll have a blast of a night in Phuket! For discounted tickets to these cabaret shows, head on over to Trazy.com!

Check out our other blogs on Phuket:

Top 5 Things Exchange Students in Korea Should Prepare For